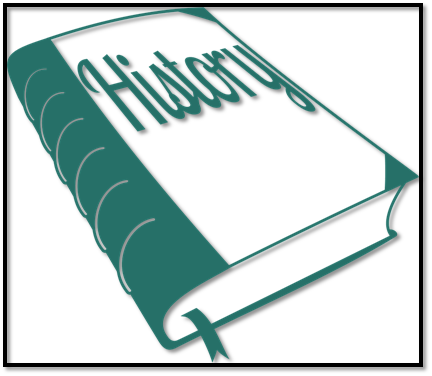 Lessons from history can inform data management and data governance professionals as well as those in the social sciences.  Data governance must be able to adapt to all situations, including world war.

Data Management professionals can learn from history, and many situations in history have cases that can be explored to learn how to adapt them for business and information management.  The book series, Lessons from History, examines complex business problems by applying lessons from history to challenges in a variety of business and technology situations.  Each author uses historical case studies to demonstrate how challenges were addressed and offers a unique view for business and technology leaders to apply the lessons of history to their situations.

The book, Churchill’s Adaptive Enterprise: Lessons for Business Today, brings the reader to the late 1930’s and early 1940’s with descriptions of the world situation and the state of politics and lack of preparedness for World War II that existed in Great Britain.  When Winston Churchill became Prime Minister in May 1940, his country was facing the onslaught of Nazi Germany alone, since France and the Low Countries had fallen under Germany’s control, and Britain was poised to be Hitler’s next victim.  As we know, Britain survived, it regained strength and allied itself with the United States and the Soviet Union to defeat Hitler and snatch victory from the jaws of defeat.  The questions “How did he do that?”, “What were the actions and practices that enabled Churchill to emerge as one of the greatest leaders of the 20th century?” are the subject of Mark Kozak-Holland’s book.

This book is fascinating reading, despite the fact that the outcome of WWII is known to the reader.  Kozak-Holland explores Churchill and his Cabinet and other advisors’ actions to show how, under tremendous pressure, the Prime Minister transformed his organization to the modern-day version of an Adaptive Enterprise.  An Adaptive Enterprise modifies the way an organization behaves, how it addresses and responds to change, giving it a competitive advantage.

With no room for error, the use of organizational adaptation, business practices and current technology, combined with the inspiration of the leaders, Britain and the allies had the opportunity to turn the tide of the war to their favor.

In reading about the practices, technologies, and organization that Churchill established, the reader can see the emergence of data governance, a data management organization, and decision-making concepts well before they are widely believed to have been invented.  Although the teams created centers of excellence for code-breaking, military command hierarchy, and executive oversight (Bletchley Park, Bentley Priory, Storey’s Gate, respectively), the overriding need was for data and process governance, so that these centers could operate both separately and coordinated, depending on the need.  These centers handled large amounts of disparate data from multiple sources, and the executive committee needed consolidated data in real time to make immensely important decisions.  Developing a data governance approach and general data management framework were essential tasks and they had to be implemented in an unbelievably short time, with the future of Great Britain (and the rest of the world) hanging in the balance.

Churchill’s need was for competitive intelligence, and the data supporting that effort was required to be as accurate and timely as possible, given the limitations of technology that existed in 1940.  Data quality was deemed to be of utmost importance, and many analysts were employed to perform the data validation and metadata management tasks that are part of the modern data steward’s activities.  Validated raw data was given to leading analysts (“lead business data stewards”) for some synthesis and applied to answer the executive committee’s questions and address challenges that erupted by the minute.

At Storey’s Gate, a sophisticated control center was created.  It tracked real-time events from all theatres of the war, showing data identified as essential indicators for the allies’ performance.  The WWII version of an executive dashboard, the command center / map room became so important to Churchill that it was recreated for travel (train and airplane).  When Franklin Roosevelt saw the traveling version on Churchill’s first visit to the US, he had a similar center created.  Eventually, the two command centers were aligned and data management was given the highest priority, enabling the fateful collaboration between Britain and her former colony (SHAPE – Supreme Allied Headquarters – Europe).

Can history teach lessons for modern business and technology management, such as data governance?  Quoting Kozak-Holland, “Churchill’s use of executive dashboards, real-time event models, institutionalized decision-making, and competitive intelligence analysis helped turn the course of history.  It was the first time that intelligence (and governance) had been used on such a scale, across an enterprise and in such a strategic capacity.”  Modern business may not be engaged in the epic struggle that was World War II, but the use of concepts such as data governance, and practices from historical events can give some perspective on their application in 21st century organizations.

Anne Marie Smith, Ph.D. is an internationally recognized expert in the fields of enterprise data management, data governance, enterprise data architecture and data warehousing. Dr. Smith is VP of Education and Chief Methodologist of Enterprise Warehousing Solutions, Inc. (EWS), a Chicago-based enterprise data management consultancy dedicated to providing clients with best-in-class solutions. Author of numerous articles and Fellow of the Institute for Information Management (IIM), Dr. Smith is also a well-known speaker in her areas of expertise at conferences and symposia.