Data Drives the Digitization of Insurance 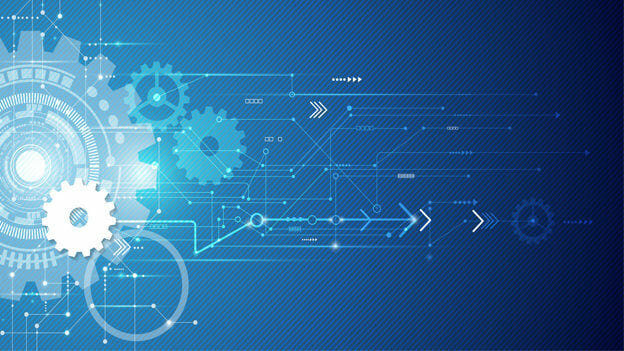 Even before the use of computers, data was at the heart of the insurance business.  Unlike other enterprises that sell a tangible product, insurers sell a promise. In exchange for your premium dollar today, the insurer promises to pay for your future covered losses.  The insurer needs to project the ultimate cost of those future losses, and the best way to do that is with data about past losses.  The insurance industry’s reliance on data and information demonstrates their need for enterprise data management capabilities that supplement their use of information technology.

Insurers saw the first revolution when computers were introduced to business.  Paper ledgers and departments full of tabulating personnel were replaced by machines and a few keypunch operators.  Revolutionary indeed – in terms of the power and the speed of data processing. But that first wave didn’t give many clues to the revolution coming decades later in terms of the volume, variety, veracity, and velocity that would define the Big Data era.

We’re all familiar with many of the new data sources that contribute to big data – pictures, videos, unstructured data like an adjuster’s notes in a claim file, and social media.  However, big data is on its way to becoming Huge Data, and the new data generator is the Internet of Things (IoT).

What’s a simple way to describe the IoT?  The history of the internet has been mostly about the use of machines to facilitate interactions between humans.  However, we have seen an explosion in the availability of broadband internet services and Wi-Fi availability. This expanding technology has enabled the IoT, which is mass-scale communication of people-to-devices or devices-to-devices.

These devices come in endless varieties.  We think first about the smart refrigerator, or thermostat, or Alexa in the home, but many IoT devices are sensors attached to ordinary equipment.  For example, a jet engine on a plane could have a sensor that continuously monitors oil pressure. Beyond the obvious cost savings in human labor, these devices permit preventive maintenance that can prolong the service life of the engine and make flying safer.

When you think about the variety of IoT-connected full-function devices and single-function sensors in place now or coming soon, you can begin to get a sense of not only their utility, but also the data that they will generate and how that data can feed into insurance systems.

We think about the insurance process as reimbursement for covered losses, but a wonderful side effect has been loss control and loss avoidance.  Historically, lives were lost and buildings destroyed in the early days of mechanized heating systems and manufacturing. Building owners wanted insurance on the boilers in the basement. Insurers were quick to add safety inspections for the boilers they covered. While the motivation to reduce losses may have been largely financial, the result was the near-elimination of these horrific accidents due to standards for building, operating, and maintaining such equipment.

Workers Compensation insurance was prompted by state laws in the early twentieth century, designed to provide financial and medical help to injured workers while keeping employers out of expensive lawsuits.  Quickly, insurers learned to maximize profitability by implementing workplace safety requirements. Everybody wins by keeping workers safe and healthy – the employee, the employer, and the insurer.

What does the IoT have to do with loss prevention in insurance?  Both in personal and commercial applications, IoT devices generate the data that insurers can use to analyze and mitigate dangerous circumstances.  Already, some insurers offer discounts to homeowners who have “smart home” devices connected to the Internet. Water sensors in the home might detect, for example, slow leaks in pipes or water heaters or a washing machine hose that can be remedied before becoming an expensive claim. Likewise, some insurers see video-doorbell systems as crime deterrents and will subsidize the device or offer discounts.

The IoT likewise can make claims handling more efficient. Hail-damaged roof?  Just a few years ago, that meant an adjuster scaling your house to inspect and photograph your roofing shingles.  Now, mini-drones can hover and capture dozens of high-resolution photographs. It’s faster, safer, and cheaper. Even health and life insurers are exploring IoT devices, offering discounts to insureds willing to share data from their fitness trackers.  With almost all such deployments, though, insurers and insureds must weigh savings and convenience against potential for compromised privacy.

The loss prevention angle is paramount in commercial insurance.  Data from telematics devices installed in fleets can monitor the mechanical status of the vehicle and the behavior of the driver — all to reduce the hazards that lead to losses.  Workers compensation insurers are finding ways to reduce injuries in certain jobs by gathering data from wearable IoT devices.

We’re likely still at the tip of the iceberg stage, but just as with the early days of boiler inspections and safety guidelines for workers, every involved party has a keen interest in avoiding losses through deployment of IoT devices.  The data generated by these devices is essential to insurers and how they will underwrite and rate risks in the future, avoid losses, and settle claims.

All of this new data – this huge data – has little meaning unless it can be collected, organized, stored, and analyzed – this is the essence of enterprise data management. The paper ledgers of premiums and losses were useful only when the tabulators and the actuaries analyzed the number. All of the zeros and ones stored in the computers that replaced ledgers were not meaningful until processed and analyzed.  Data management training can support insurers’ effective use of its data assets, regardless of the data’s source.

Clearly, the legacy methods of data collection, processing, and analysis are not adequate for making optimal use of this coming wave of IoT data.  There are three major components for the transformation of insurers into the digital era: The data, the storage and processing, and the analysis. In this part, we talked about the IoT and the types of data generated.  Blockchain, a “distributed ledger” storage technology is key to the digitization of insurance. In addition, modern data analytics enables insurers to turn data into actionable information.

Martin J. Frappolli is an insurance and data management professional who is Senior Director of Knowledge Resources for the Insurance Institutes. He is the author of Institutes’ textbooks “Managing Cyber Risk” and “Claims Leadership and Organizational Alignment.”  He is past-president of the Insurance Data Management Association (IDMA) and serves on the IDMA board of directors. Marty earned a B.A. degree at Rutgers University and holds a Masters in Organizational Leadership from Quinnipiac University.  He completed the CPCU designation in 2000, and he was chosen for the Fellow in Insurance Data Management (FIDM) designation by the IDMA in 2007.