Blockchain is a combination of technology and processes used to allow the recording of transactions and their metadata permanently and with validation. It is an essential component of trusted security operations.

The blockchain technology is a frequently mentioned term when talking about cryptocurrencies. However, many people have little to no idea how it actually works, what it is used for, and why it is such a popular technology for managing data.

Concepts of the Blockchain – How Does It Work

The concept of blockchain can be confusing, since it was originally associated with digital and cryptocurrencies. Therefore, it is important to distinguish between two terms:

Bitcoin is a digital currency, which was built with the blockchain technology. The formal definition of a blockchain is a decentralized, distributed and public digital ledger that is used to record transactions across many computers so that the record cannot be altered retroactively without the alteration of all subsequent blocks and the consensus of the network. Maintaining this secure process allows the participants to verify and audit transactions inexpensively, while ensuring that all the transactions remain untouched by any agent or application. A blockchain database is managed autonomously using a peer-to-peer network and a distributed timestamping server.

Blockchain can reduce and / or eliminate the need to validate all the connections between processes and the confirmation of all transactions during a complex process. For example: The current financial transaction system requires banks to process and validate cross-border transactions, which may require a maximum of five days to complete. The blockchain technology can eliminate this step since all the data and metadata are stored with every transaction, thus reducing the time needed to confirm and validate that all the processes have occurred. This time reduction also results in cost saving for any use of the blockchain technology.

“Open Ledger” means that all the transaction data of a financial network is stored in one centralized ledger. The network is open and accessible to anyone. However, once recorded, the data in any given block cannot be altered retroactively without alteration of all subsequent blocks, which requires consensus of the network majority. This capability provides a high level of security for all the transactions (data and metadata).

The term “node” stands for a device that contains a copy of the ledger/block. In simplified form, a “node” is owned by every participant in the network and contains the chain of transaction data and metadata of the distributed ledger.

Moreover, if a participant executes a transaction but has a lack of funds, the action is visible to everyone else in the network and the transaction will be classified as invalid – it will not be added to the chain of transactions.

In a decentralized network (distributed ledger), every participant holds a copy of the chain of transactions on their node. Data quality is maintained by massive database replication and computational trust. No centralized “official” copy exists and no user is “trusted” more than any other user. In this decentralized process, it is essential for every participant in the network to own a synchronized and up-to-date version of the chain of transactions.

Transactions in a distributed network are validated by a verification process of “intended transactions,” meaning that when a transaction is being made, it has not been validated directly and is not added to the chain of transactions.

Intended transactions are validated by another principle of the blockchain called “mining.” “Mining involves creating a hash of a block of transactions that cannot be corrupted easily, thus protecting the integrity of the entire blockchain without the need for a central system,” as stated on Techopedia.

The miners (who can also join the distributed network) compete to solve complex mathematical problems based on cryptographic hash algorithms. This principle is also called “Proof of Work.”

Once a calculation is “solved,” the transaction is considered confirmed and added to a block of transactions. The miner who solved it first then will publish the solution to the rest of the network, so every individual is able to add the transaction to their node.

The distributed ledger is kept up-to-date with this principle since the entire network has agreed that the transaction is valid. Synchronization is designed to be cooperative, demanding that every thread follow the synchronization mechanism before accessing protected resources for consistent results.

The Blocks in the Chain

Every block in the chain of transactions consists of 3 types of data in one collection:

Every block has its own unique string of random letters and numbers, called a “hash.” If the information about the block changes, the hash also changes. This feature provides an inherent level of security for the data and the transaction processes for the environment.

3. Hash of the previous block

The blocks are chained together based on the principle that every block contains the hash of the previous block. Only the first block in the distributed network is an exception to this principle. Network security is maintained through the continuation of the hashing protocol.

The basics of blockchain can be useful to many industries, organizations, and types of data. Despite the appearance of being only for digital and cryptocurrencies, blockchain is an excellent technology for managing data and metadata for any type of transaction securely, especially for complex transactions. 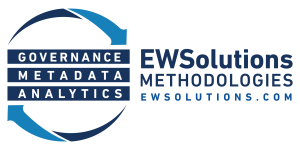