Examining the Value of Project Reviews and Post-Mortems 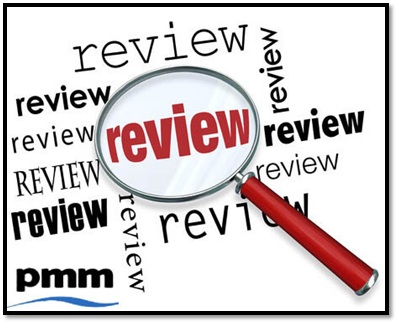 All projects can benefit from an impartial final review, also called a “post-mortem,” to learn about successful activities, to improve upon mistakes, and to develop skills for future projects

Many project managers dread project reviews because it meant that the system that was just implemented was DOA (dead on arrival).  Most project teams do not have to wait until the system went into production to know that it was in trouble.  However, many teams do not have time to address the telltale signs of a failing project: missed deadlines, managers making not-so-subtle threats about career and employment uncertainties, etc.  So, in many cases, the project was completed, jobs were maintained, and management was content until something happened.  The system had crashed.  It was time for a post-mortem!  Management wanted to know what went wrong, when it apparent, who was responsible, and how the situation could have been avoided.  Unfortunately, all of the answers came too late to prevent the system from failing in the first place.  In addition, the lessons learned were rarely taken into consideration on the next project and were almost never shared with other project teams.  What are the benefits of post-mortems?  What is done is done.  Perhaps it is best to fix the current situation and move on to the next system.

An organization could take the opposite approach and apply lessons learned during project development to improve all forms of quality.  This approach is especially appropriate in data warehousing / business intelligence / analytics, where solutions are created incrementally in small releases after the initial phase.  Since this is a process of continuous refinement and expansion, there are benefits to periodic project reviews that increase the quality of deliverables and improve development process.

The term retrospective is very popular in agile methodologies like Scrum or XP (eXtreme Programming).  It refers to a project review that is conducted after every software release of an application under development.  Unlike a post-mortem, a retrospective is performed regardless whether the deliverable from a software release runs perfectly or has problems.  It is imperative that lessons are learned during the development of an application to improve its quality and to increase the speed of the development process.

Project retrospectives are also excellent forums for IT managers and business executives to become comfortable with the dynamic development process and the software release concept of BI / analytics applications.  In addition, retrospectives are excellent venues for sharing the lessons learned with other project teams as well as with other business managers in the organization.

To be effective, no topic should be off-limits for project retrospectives.

All team members from the core team, including the development track teams, and the extended team should be invited to participate in the project retrospectives.

An agenda must be prepared in advance for each project retrospective.  Include the following items:

Project retrospectives are structured and follow a prescribed procedure, which the attendees should follow for success.  Certain people have the responsibility for conducting certain parts of the meeting.

It would be best if the business sponsor could open the meeting with a brief acknowledgement and appreciation for the last software release deliverable before turning the meeting over to the project manager.

The project manager should discuss the flow, the rules, and the expectations of the project retrospective, and turn the meeting over to a skilled facilitator.

The facilitator should lead the group through the topics on the agenda.  The responsibilities of a facilitator include:

Monitor the allocated time for each topic and interrupt the discussion when the time limit has been reached.  At that point, the facilitator must ask the project manager for a decision on whether to schedule a follow-on meeting or to continue the discussion at the expense of dropping another topic on the agenda.

A scribe is a person who was not involved with the project.  The main purpose for having a third-party scribe is to have a knowledgeable but neutral note taker who can:

At the end of each project retrospective, all action items are reviewed and the person to whom an action item was assigned will give an estimate for a completion date or a reply date (a date on which an estimate will be provided for the effort to complete the action item).  The group must decide who will follow up on the action items, and whether an additional working session is necessary and schedule it.

As George Santayana once said: “Those who cannot remember the past are condemned to repeat it.”  .  This statement is as applicable to projects as it is to life and politics.  To know how to improve the next project, and the next software release, one has to learn from the mistakes made on the last software release.  The project retrospective is the vehicle to discover the mistakes and to take corrective action before completing the application.  Excluding this step would result in repeating the same mistakes in an environment that is growing rapidly and is affecting more people with each release.  Correcting mistakes on small systems is much easier than correcting mistakes on large systems.