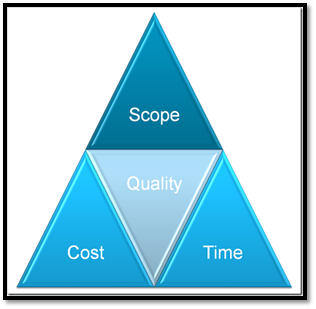 Every organization needs a methodology to manage projects and develop / integrate applications.  Traditional waterfall methodologies don’t work for data warehouse (DW) and business intelligence (BI) projects because they are much too rigid.  It is common for seasoned project managers who use a traditional methodology on a DW or BI project to feel completely out of control.  The requirements appear to be a “moving target,” communication between staff members takes too long, assigning tasks in a traditional way seems to result in too much rework, etc.

Ultimately, the business users pressure the project teams for quick deliverables (90 days or less) while they refine their requirements.  As the project team scrambles to meet those user expectations, data standardization is skipped, testing is cut short, documentation is not done, and quality is compromised. Sound familiar?  So, how can an organization “have the cake and eat it too?”  Try an agile project management approach called “Extreme Scoping.”

Extreme scoping and traditional waterfall methodologies have one thing in common.  They both support the notion that the earlier mistakes are caught in the development process, the cheaper and less complicated it is to fix them.  Waterfall methodologies accomplish this with a rigorously followed sequence of deliverables: project charter (planning document), requirements definition (requirements document), external specifications (analysis document), internal specifications (design document), code reviews and testing, and finally user acceptance test (UAT).  Each of these deliverables must be approved formally by the end users to control scope creep.  However, there are always changes to the requirements, even on traditional operational projects.

Traditional waterfall methodologies discourage scope creep, especially in the later phases when the application is coded and tested.  After all, making changes during application design is bad enough, but once the team has to alter the code – well, forget the project deadline!

The first thing to do is to break the habit of delivering any application with one project.  While most organizations realize that they cannot build an entire DW/BI/analytics environment at once, they do not realize that they cannot and should not build any application all at once for many reasons.  These reasons include but are not limited to: requirements may be unstable; the scope may be too large or the deadline is too tight; some technology components might be unproven; data integration complexity may not be understood; and the quality of the source data can be poor, and its business rules may not documented or even known; the project team may be too small or too large or untrained; and business users may be too busy to be full-time members on the core team.

With a project like this, following a traditional methodology and staying on paper for weeks or months is a project death sentence.  It is essential to produce tangible results quickly as possible.  That means prototyping, prototyping, and more prototyping.  How does a team prototype an entire application without falling back into the waterfall sequence of requirements, analysis, design, coding, testing, without returning to the traditional challenges?

The quality of the application may be higher with this approach than with a traditional waterfall approach because mistakes can be found and fixed earlier in the development process.  With this approach the development process crosses the application scope vertically, instead of horizontally across the development phases.  This change allows manage improvements: the requirements to be refined with each software release until they become stable; the scope of each software release can be small enough to fit into a tight deadline; technology components can be evaluated earlier; data integration complexity can be handled in small increments; the quality of the source data can be vigorously profiled, finding and documenting the business rules; the project team can be small during the early software releases, with minimal impact on the entire application; and business users often are more involved in prototyping activities than they are on traditional projects where they hand over their service requests and wait for User Acceptance Testing.

In the traditional approach, many mistakes cannot be found early, and would be found once the entire application is in production.  With the “extreme scoping” approach, these mistakes can be found and corrected during the development process, before the entire application is completed.  Smaller projects, with focused teams, working on extremely scoped requirements, often have more pleasant interactions between IT and business users than traditional methods.

Extreme scoping project planning is slightly different from traditional project planning. Traditionally, the project manager reviews the methodology and extracts the activities and tasks that are needed to build the entire application into a work breakdown structure.  The project manager uses the work breakdown structure as a guide to create a detailed project plan, which typically is arranged in the sequence of the development phases of the methodology: requirements definition, analysis, design, coding, testing, and implementation.  The detailed project plan is a multi-page Gantt chart, which is used to guide the day-to-day work activities, manage the change control process, and report the project status to management.

With the “extreme scoping” approach, the project management function is performed by the entire core team, not by a single project manager.  The core team members review the methodology and extract the activities and tasks needed to complete the entire application into a work breakdown structure.  Using the work breakdown structure as a guide, the core team members create a high-level project plan (not 30-40 pages) to give them broad estimates and an understanding of the overall effort, resources, cost, schedule, risks, and assumptions for the entire application.

After the project activities for the first software release are organized into milestones, the core team members self-organize into the appropriate number of work teams.  Knowing the makeup of the work teams and understanding the weekly milestones, the core team members decide on the detailed tasks and task deliverables for each milestone by referring to the work breakdown structure. They also decide how to assign the tasks and deliverables for this release. The detailed daily task assignments and task deliverables are documented on a white board, a flip chart, a spreadsheet, or other informal media, which can be modified quickly and easily, since detailed 30-40 page project plans created with professional project management tools are too cumbersome to maintain.  The core team members use this informal detailed project plan daily to guide the work activities, manage the change control process during prototyping, and monitor the progress of the project. They do not use this detailed plan to report the project status to management.  Instead, they create a short 1-2 page Gantt chart showing only the milestones.  If a milestone is delayed and the core team members are confident that they can catch up the following week, the delay is not reported to management.  However, if the delay has a domino effect and the next milestone is missed, then the delay is reported to management along with a proposed course correction.

In summary, the popular concept of iterative development applies not only to developing a data warehouse / business intelligence / analytics effort, but it should be practiced at the application level as well.  The traditional definition of a project is to deliver a completed, fully-functioning application.  However, for DW/BI/analytics, and for applications in general, a project should equate to a software release with smaller scope so it requires multiplesoftware releases, i.e. multiple projects, to deliver a completed, fully-functioning application.