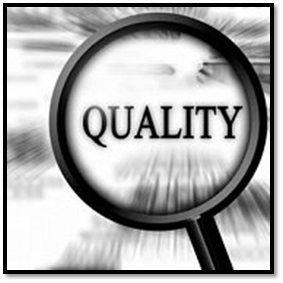 There are many sources of data in every organization, and many of these sources are valid.  Therefore, challenges can exist about which source is the standard, and what definition is used for an attribute

The World Trade Organization heard testimony from the European Union that the Boeing Company “receives lavish government subsidies that give it an unfair competitive advantage over rival Airbus SAS.”  It also heard testimony from the United States complaining about aid granted to Airbus.  Each side has accused the other of supplying inaccurate data.  The commission says the U.S. “grossly inflates the numbers” when it comes to Airbus support, while the U.S. argues that the EU unfairly counts as government grants $10.4 billion Boeing received from NASA for research services.  The heated exchanges center on the understanding of what constitutes government aid to a private organization, and what is “accurate data”.

In another series of articles, the task of reconciling global accounting standards was discussed.  In the world of Accounting, there are two standards for reporting company results.  These are the Generally Accepted Accounting Principles (GAAP) and the International Financial Reporting Standards (IFRS).  The Securities and Exchange Commission (SEC) took its first step toward embracing international accounting standards for all companies that file financial reports in the U.S.

The SEC voted unanimously to propose allowing companies based outside the U.S. to file financial results using International Financial Reporting Standards, or IFRS, as set by the International Accounting Standards Board — without reconciling the figures to U.S. GAAP numbers, and highlighting the differences, as is now required.

The proposal is a “significant next step” toward one globally accepted accounting standard and having all companies speak the same financial language, according to the chairman of the US Securities and Exchange Commission.

The decision is the latest by the agency to adapt to the increasingly global securities market and to address concerns that U.S. financial markets are losing their edge to London and Hong Kong.  The move also raises concerns about ensuring American investors receive accurate and consistent information.  Differences between the two accounting systems could make it difficult for investors to compare companies, even firms in the same industry.  Under U.S. GAAP, research and development costs, for example, are generally expensed when they occur.  Under the international standards, once a project gets to the development stage, costs are spread out over time.  The point is that a company could show different operating income and net profit depending on which system they use.

There are many similarities between these situations and the issues of data quality in organizations.  In most companies, the sources for information are many.  Each source collects the information based upon the meanings and understandings that it has about the terms that it uses.  One may recall a series of advertisements that were printed by a leading vendor in the field.  In one, three people approach the president of the organization with the results for a particular company operation.  The numbers are different and the ad asks what should be done.  Think about how difficult it is to get different portions of an organization to change the information it collects locally to meet the needs of the greater organization.  There will be complaints that such efforts will penalize the profits of that part of the organization if they are made to change.  Each source will state that their definition of the term is the correct definition.  In almost every situation, the differences influence management or financial reporting more than they affect actual organization operations.  No matter what one does, it will take a long time for successful change to occur.

When trying to minimize or eliminate such confusion over the meaning of the data (“metadata”) within an organization, it is necessary to understand the underlying meaning and calculations that exist for the data.  In some cases, the differences will be difficult or impossible to eliminate because external definitions and regulations, such as government standards, drive how the data is collected or calculated.  For companies that operate in many international locations it may be impossible to change the local definitions.  In such situations, it will be necessary to develop additional reporting procedures to allow for these legitimate local variations.  One solution is to allow for local reporting and to add an organization reporting that makes the necessary adjustments to the local numbers.  In this case, it is important that the new organizational numbers are only available to those who need to see them.  Even then, it is important that people understand that there are different numbers used and that they are correct for the context in which they are used.  Care must be taken that people understand the importance of using numbers in their correct context.  Care should be taken when labeling data in reports to ensure that the correct context is understood and the correct data governance policies have been followed.  Additional remarks should be added to reports when misunderstandings are likely because of the existence of the different contexts.

It is easy to spend a lot of time trying to improve the accuracy of the data used within an organization.  When dealing with management and financial reporting data, ensure that the data represents the same context and definitions as expected for the source and usage.

Richard Y. Wang is Director of the MIT Chief Data Officer and Information Quality (CDOIQ) Program. He is a pioneer and leader in the research and practice into the role of Chief Data Officer (CDO). Dr. Wang has significant credentials across government, industry, and academia, focused on data and information quality. Dr. Wang was a professor at the MIT Sloan School of Management; he was appointed as a Visiting University Professor of Information Quality for the University of Arkansas at Little Rock. He is an Honorary Professor at Xi’An Jiao Tong University, China.
Wang has written several books on data / information quality and has published numerous professional and research articles on this topic. He received a Ph.D. in Information Technology from the MIT Sloan School of Management.