While working on an Enterprise Data Warehouse for a state court system the issue of poor data quality in the source systems became apparent.  Referential integrity was not strictly enforced and there was very little in the way of attribute level constraints.  One normally expects that these types of constraints would be enforced for an OLTP application, whether through the application, in the database, or both.

The primary focus for the initial dependent dimensional data mart was to enable analysis of court performance – because of this we could not avoid populating records with data validity errors and act as if a court case simply did not exist.  Due to the anticipated cost of fixing the source system application it was determined that these data validity errors would be accepted they came into the Data Warehouse.  Some measures in a fact record might not be accurate because of the data validity errors but other measures were still accurate and useful.  Training in data quality, metadata management, and other areas of data management can support improved data quality activities.

There were multiple date related fact table measures such as Number of Days between Filing and Hearing, Number of Days between Hearing and Sentencing, etc.  Due to the data validity errors, it was possible for exceptions such as a hearing date to appear to be before a filing date, a sentencing date to occur before a hearing date and for dates to be set unreasonably into the future or past, etc.

There were concerns that these data validity exceptions would skew the results of OLAP analysis and result in a loss of confidence in the Data Warehouse as in Figure 1. 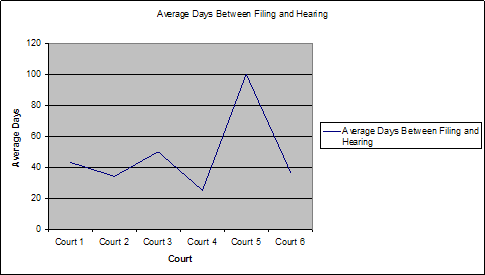 Figure 1: Example chart with data skew due to invalid data

In Figure 1, Court 5 has data skew because there are records with unreasonable hearing date values.

Notice that there is no “where” clause in the SQL – this is what generates the Cartesian product of every possible combination of attribute values.  The result will be 64 rows or 27 – as there are 2 rows in the dummy_cartesian table.  Use whatever method is appropriate for your environment to generate the surrogate key values.

The first non-key attribute in Figure 2 called “NO DATA VALIDITY ERRORS FLAG”.  This attribute is used to eliminate the need to test each attribute for a value when you only want to query for records without data validity errors.  It should be set to “Y” only if all the remaining non-key attributes are set to “N.”  Doing this will require an extra processing step to populate the table.

With the Data Validity dimension in place and references to the surrogate key populated in the fact tables, higher quality analytics were enabled thus giving the users greater confidence in the data as the following chart demonstrates. 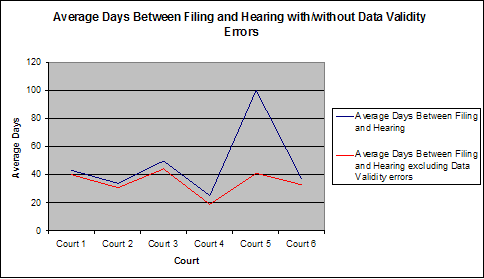 The Data Validity dimension explains unexpected variances and reports on data validity errors forwarded to the appropriate court manager for correction and for educating data entry clerks.  The chart in Figure 3 now shows why Court 5 had such a high number of Average Days between Filing and Hearing.

Lack of confidence in the data in a Data Warehouse environment is a leading cause of failure when the users do not judge a Data Warehouse successful.  Ideally, data validity errors are corrected upstream before being loaded into the Data Warehouse, but if you encounter a situation where you have to accept data validity errors, the Data Validity dimension can prove to be invaluable in explaining problems with the data and additionally raise awareness in the organization of the impact of poor data quality.

Pete Stiglich, CBIP, is a Principal Consultant with Data-Principles, LLC and has written and presented extensively on data architecture, data management, and Big Data. He is an AWS Technical Professional and a Hortonworks Architecture Professional.  Pete also is an experienced trainer in data architecture and data modeling, and has a background in data governance and metadata management.